Home » Lifestyle » The Good Life of a Pro-Footballer

The huge wage packages earned by professional footballers is a gateway to the good life – one full of expensive taste and ridiculous spending that we can only dream of.

In fact the world of a footballer is so outrageous some choose to build football pitches, underground aquariums and indoor cinemas in the houses.

In time for the Euro Championships we have picked our top 5 footballer abodes; 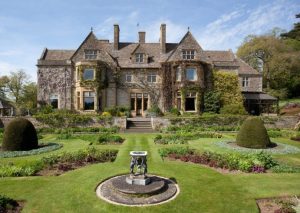 Starting with the most expensive footballer house, ever, FACT! The Beckham family all manged to cram into the Abbotswood Estate in the Cotswolds.

This Grade II listed estate is 24 times bigger than the average house with enough land to build 380 football pitches. Additional features consist of 10 bedrooms and the River Dikler running directly through the estate. 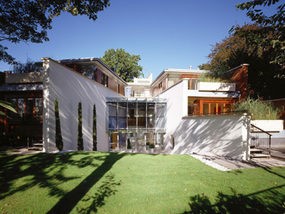 Retired Arsenal legend Thierry Henry still holds the club’s record for most goals scored with an impressive 228, despite having left the team in 2007. However his home is a far cry from Beckham’s estate.

Thierry is estimated to be worth £43 million that is nearly double the value of the Abbotswood Estate. However he choose to spend his fortune on the more understated Hampstead home. Back in 2012 he applied for permission to completely demolish the house and rebuild it with a giant three-storey fish tank; these plans have since been abandoned.

The 32-year-old Chelsea captain bought a property called Wychwood House for £2.3m in 2003. His plans were to build a development on the land which is now his new home.

Over the course of 10 years Terry racked up a mortgage debt of 4.6 million building his dream home complete with 10 bedrooms, 34 seat home theatre and even an underground aquarium. 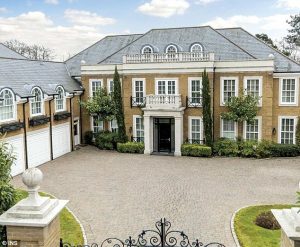 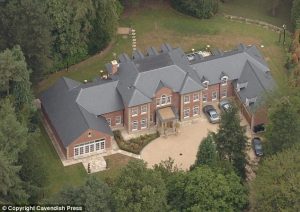 Living the high life in the rich people’s hotspot Cheshire, Wayne Rooney allegedly spent £1.1 million just on the building site for his neo –Georgian themed mansion. Originally a five bed house stood on the 20 acre plot but this was demolished to make room for ‘Wayne’s World’.  The interior is just as plush with a kitchen worth close to £150k. The house also includes a trophy room, an in-house bar, a games room, a 5-side football pitch and a private theatre. 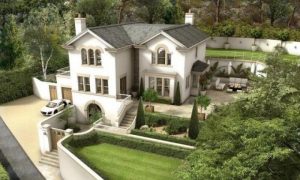 Italian footballer Mario Baloteli, who is currently on loan from Liverpool to A.C Milan, purchased this luxurious villa in Cheshire following his return to the Premier League in 2014.

It appears Cheshire is the hotspot for many footballers with its copious green fields and grand estate homes.

This villa comes complete with 5 en suite bedrooms, a helipad, sports bar, sauna and of course – an indoor football pitch.