When people discuss costly bikes, we usually picture ones with roaring engines and ludicrously oversized exhausts. However, it turns out the simple bicycle has also hit the luxury sector. With Bike Week coming up this month (11th June 2016) perhaps you can outshine your fellow cyclists with an incredibly unique bike?

Realistically though, if you’re seeking to replace your need for health and fitness supplements with a more physically beneficial bike that’s also cost-effective, these might not be for you, for they are more focused on looking good. From gold frames to rhinestone covered rims, here are eight of the most overpriced bikes in existence. 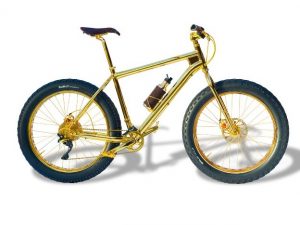 If you’ve got a spare £346,340.00 just lying around then perhaps you could splash out on this 24-karat gold mountain bike; complete with 600 black diamonds and 500 golden sapphires. It also features a customised seat made from chocolate brown alligator skin and a water bottle covered in brown stingray. This “fat bike” is rather exclusive, for only 13 models are up for grabs. 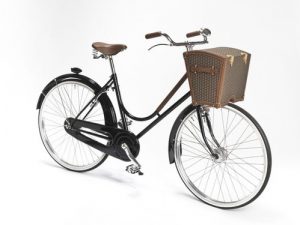 This bike makes up for its design simplicity through the promise of a decent picnic basket – which is actually what you’re paying for. Founded in 1849, Moynat are notoriously known for creating high-end, luxury luggage; landing this bike with a hefty price tag of £33,658.00. As for the bike itself, it’s handmade in Italy by Abici Italia, whose prices range from £453.00-£825.00. 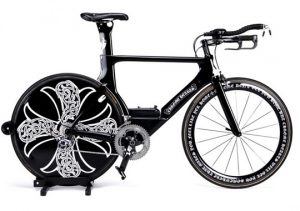 Chrome Hearts – a luxury American motorcycle gear brand, teamed up with the prestigious racing bike manufacturer Cervélo to create this lavish combination. Featuring leather, extravagant Chrome Hearts custom graphics, precious metals and rhinestone, it certainly is the Harley Davidson of the bicycle world. Comparatively, Cervélo’s P4 TT mode usually retails for around £4,172.00; whereas this special edition will cost you a whopping £41,761.00. 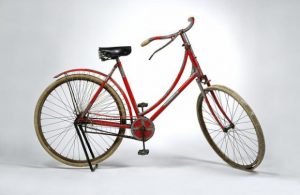 Nowadays, Tiffany & Co are one of the soul providers of glamorously expensive jewellery, but they previously had an eye for creating all-sorts of unusual objects – one being a ladies bicycle. Only one in a handful of bicycles made in the 1890s, this bike which includes ivory carved handle grips and the Tiffany engraving went under the hammer at Bonhams, New York for £39,616.00 in 2008. 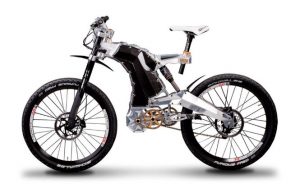 Sporting a futuristic look, M55’s latest creation the Terminus has a 2,000 watt motor that can reach up to speeds of 50mph. Constructed from an aluminium frame with air shocks at the rear, this bike is ideal for off-road use. Unfortunately there will only be 5 editions of 55 bikes, creating a rather humungous price tag of £24,346.00. 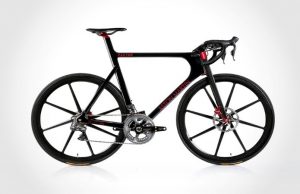 Considering this bike has the words ‘Aston Martin’ in the name, it’s inevitably going to be extremely technical and superior. This revolutionary bicycle has a built-in computer touchscreen display that informs you of speed, rate of climb, temperature and power. There’s even Bluetooth connection which can synchronise with your smart phone. Similarly to most Aston Martin vehicles, there are only 77 available with a price tag of £25,000.00. 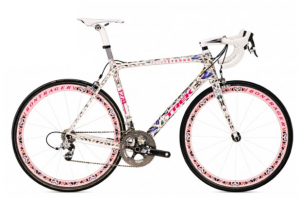 Designed by British artist Damien Hirst as a one-off creation, this bike features real butterfly wings in the frame and the rims, which were used to make the bike “shimmer” against light and to avoid excess weight. Originally manufactured for American cyclist Lance Armstrong, it fetched a whopping £346,340.00 for Livestrong cancer charity after being snapped up at auction. 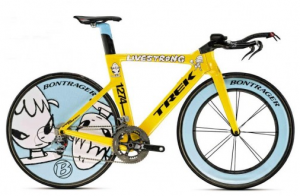 Named as the fastest time trial bike in the world, the Trek Yoshitomo was decorated by renowned Japanese artist Yoshitomo Nara – one of 20 artists who were invited to create bikes for an action held in Sotheby’s on 1st November 2009 to raise money for the Livestrong Foundation. It drew a winning bid of $137,170.00.