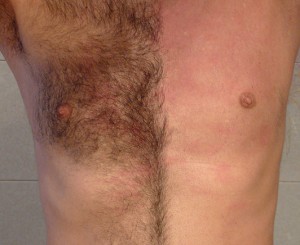 Honestly, I believe that media is the only reason that made men start shaving their hair. All those billboards and photoshopped images with ripped guys who have the skin of a 10 year old are starting to affect our manhood. My father never had this question in his head and neither did my grandfather. But men these days would do anything to impress a women, except the one thing that really matters- be real men. In the following paragraphs we will debunk the most popular reasons why  men are shaving their chests- good or bad!

No it’s not! And even if it is, you’re a man and you should deal with a little irritation. My father was a coal miner all his life and he never complained about an itchy chest once, even though he worked in extreme heat, coal dust and moisture.

“It brings out my muscles” 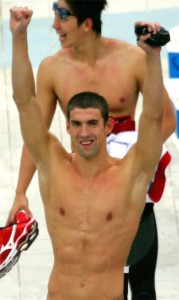 You know what also brings out your muscles? Workout! Unless you are a bodybuilder who gets ready for a competition, you don’t need to shave every single patch of hair off your body. Women will notice your muscles even if you have hair on your chest by your definition.

That’s right, girls think it’s gross, but women don’t. Unless you’re a “bro” who wants to date college girls who are fans of Twilight and Tailor Swift, your dating game won’t be affected by the amount of hair on your chest, because real women don’t really care about it. More than that, some of them love to run their fingers through it. Sometimes they pull it just to mess with you, but you can live with that.

If we were to believe this excuse some men throw about for shaving their chest, we should all be bald. Your chest hair will affect your personal hygiene when you don’t shower, and the solution is simple: take a shower every now and then fella!

“A shaved body will improve my sportive performances”

Yes, that’s true. Shaved skin is more aero and hydrodynamic and it can improve your speed during competitions. But if you are not Usain Bold or Michael Phelps, that 0.00001 second delay because of your hair won’t really weigh in on your performance.

So here you have it, the most popular excuses for which men are shaving their chest and the reasons for which they are totally made up. However, I don’t condemn anyone who shaves his chest. It’s a free country and every men can do whatever he wants with his body. So if you like shaving your chest, just be confident about it, don’t come up with ridiculous excuses!