Home » Lifestyle » The brains behind Barbour

In the latest of our occasional series on fashion dynasties, we head north to meet Dame Margaret Barbour, the woman who made the brand covetable — to everyone from royals to hipsters

When you think of Barbour what comes to mind: the Queen, headscarf on, surveying her estates, or Alexa Chung exuding rock-chick cool at Glastonbury? You might think of Kate and Wills weekending in Norfolk, or those annoying urban hipsters battling through the elements to get their flat white. The truth is, all of these versions of Barbour are recognisable, but there are more — the school-run mums and the cycle-commuter dads, the people who buy their Barbours from John Lewis, and the ones who get them in farm shops. The brand has extraordinary social breadth, cleverly balancing its heritage with cool modernity. The Barbour of the 1980s was unashamedly posh, but these days, despite its three royal warrants, it is as loved in Brooklyn as it is in Balmoral. Both the chosen attire of high society and accessible to all, Barbour has become classless.

The woman at the top is the company chairman, Dame Margaret Barbour. She took over the business in 1972, and along with a hand-picked team, including the current managing director, Steve Buck, has propelled it from a staple of the wet dogs and wellies brigade into a global fashion phenomenon sold in more than 40 countries and with a turnover of £167m.

The Barbour headquarters and factory, where more than 100,000 jackets are made each year, are on an industrial estate in Simonside, just outside South Shields. A plaque commemorating the Queen Mother’s visit in 1988 hangs in reception and the corridors are lined with photographs from the company’s history. The office of Dame Margaret herself is large but not flash. Family photographs cluster on a table, a reminder that this business is still in the hands of the Barbour clan. At 75, clad in a smart Armani skirt suit, she’s a force to be reckoned with. Her hair is elegantly coiffed, large black pearls anoint her ears and a discreet diamond watch twinkles on her wrist. Buck, the dynamic MD, runs the business day to day, and Dame Margaret (she received the honour in 2001) comes in three days a week, keeping a keen eye on every aspect of the business and Barbour’s charitable trust.

She had never thought of a career in business. The bright grammar-school girl was brought up in North Yorkshire. “Our great treat was to come to Newcastle for shopping and theatre,” she says in an accent that’s northern but well-to-do. She trained as a teacher, specialising in art, nutrition and home economics at Battersea Polytechnic (now the University of Surrey).

It was in the early 1960s, while working as a teacher in London, that she met her first husband, the dashing, dark-haired John Barbour. He had been to a rugby match at Twickenham and came to her south London flat for tea with a mutual friend. “It was an immediate attraction, a chemistry,” she says of the first time they met. He told her he was a travelling salesman. She had no idea he was the heir to the family business until she went to an exhibition at Earls Court where Barbour had a stand.

The firm was founded in 1894 by the Galloway-born John Barbour. He set up shop in South Shields as an importer of oil cloth, but soon began manufacturing his own outerwear. Business boomed and the company supplied the armed forces and exported to the colonies. His son, Malcolm, took over briefly; then Malcolm’s motorcycle-mad son, Duncan, who introduced Barbour’s waxed cotton biker suits, joined in 1928. He was John’s father.

The couple married in 1964 and a life of blissful domesticity beckoned. By 1968, they had a two-year-old, Helen, and had bought a bigger house in anticipation of having more children. Then John died suddenly of an aneurysm. He was only 29. Dame Margaret was faced with bringing up her toddler alone, and some hard business choices: she could either sell the company or get involved. She chose the latter. “People asked if I would go back to teaching, but I said absolutely not. John adored the business, and I thought, ‘I have got to continue with this.’ It helped me with my grief.”

She went from housewife to active board member in a matter of months. “He died in June and by September I had joined the business.” With no previous experience, she worked in every department, even travelling the country with the sales team. “I learnt as I went along,” she says.

In fact, Dame Margaret — straight-talking, clear-thinking, sharply analytical and with an instinct for talented people — turned out to be a business natural. By 1972, she was chairman of the board and pushing forward with an ambitious vision for the company, although it wasn’t easy. In 1974, it received its first royal warrant from Prince Philip, but was crippled by death duties after John’s early demise, and there was nothing in the kitty. She remembers writing to everyone in the company telling them there would be no bonuses that year, “but that we could only go on and on and progress tremendously, and we did”.

Dame Margaret cast her forensic eye over costings and margins and invested in publicity. Looking back at old catalogues from the time, she points to a handsome young male model and says: “He looks just like John.” By the 1980s, the company was starting to do well and she turned to product innovation with the Bedale short riding jacket. “I also developed the Beaufort shooting jacket. I said, ‘We need a jacket with a pocket on the back where they put their birds or rabbits.’ It’s still one of our bestsellers today.”

Her stroke of genius was to make the jackets in navy as well as the traditional green. “Then you could wear it with jeans,” she says. The handsome showjumper Malcolm Pyrah adopted it, and soon every Sloane in London, including Princess Diana, wore their Barbours in town, opening up a new market for the brand. Meanwhile, sharply dressed Italians had also caught on to the brand. “They went mad about the Bedale and Beaufort jackets, and our sales went woof!” she says, pointing to the sky. “That put us in a different class. Selfridges and Harrods started to stock us, because we appealed to a large market.”

By the late 1980s, the company was doing so well that Dame Margaret and her daughter decided to give 20% of the shares to its charitable foundation. “We were making a lot of money, and Helen and I didn’t want to spend it.” They’ve since given £15m in grants, many to local women’s charities. “Being women now on the board, Helen and I felt a special wish to make women’s lives easier. We have so much unemployment, with the closing of the shipyards and the mines, that a lot of women have had to struggle and struggle to keep homes together,” she says. “I am a feminist really, I suppose.”

Dame Margaret inherited her grit from her mother, who also sounds like a feminist — she worked as a supervisor for a grocery firm on Teesside, and by the early 1930s had bought a house and a car. “She tested me every night for six months to make sure I passed my 11-plus and went to grammar school,” says Dame Margaret, who, surprisingly, doesn’t shoot or ride (she does, however, get her dogs from the Queen’s gamekeepers). “Ride horses? Helen did. I don’t. My parents couldn’t afford horses when I was growing up, and I never had time.”

While she was busy building the business, Dame Margaret, who remarried at 51, needed help at home. Her parents moved into her house and she employed a nanny. Holidays were working affairs for the family. “When Helen was a child, we’d spend summer going round looking at distributors in Germany, France and Italy, so really her childhood was spent with me. We went to lots of countries and met lots of people. For her, it was in the bones.” The best piece of business advice for her daughter was: “Not coming forward with ideas unless you’d researched them carefully — not making yourself look stupid, in other words.”

Helen, who studied at Chelsea College of Art and went into graphics, helped to develop the Barbour tartan jacket lining, the specialist sporting range and, most recently, a successful range of dog accessories. She became vice-chairman in 1997. She has three children, the eldest of whom recently interned at Barbour. Dame Margaret would be delighted if any of her grandchildren decided to join the firm, but won’t put pressure on them to do so. If they did, they would step into a business that’s very different to the one she joined in the 1960s. Hunting, shooting and fishing attire is now just a small part: there’s townwear and a fully fledged fashion arm that showed its ultracool collaboration with the Japanese streetwear brand White Mountaineering during fashion week last year. Barbour International, the motorcycle clothing line, is also back. Introduced by Duncan, it flourished from the 1930s to the early 1970s, and was revived in 2014 as a standalone glamorous women’s and men’s brand.

The company today is a global concern, with booming sales in America. How big can it get? Not too big, Dame Margaret says. “Helen and I don’t want to. We’ve made it clear to Steve, and he has pulled back on some of the product development. We want to concentrate on quality.” Nor will she entertain offers to buy or float the business. “We don’t want to go public,” she says emphatically. Family remains at the heart of Barbour, and Dame Margaret hopes it will stay that way. If the sixth generation does join, I hope they have their granny’s gumption. 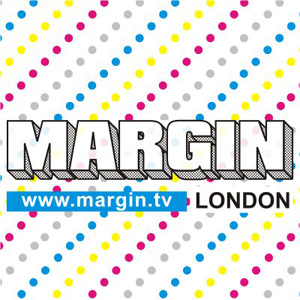