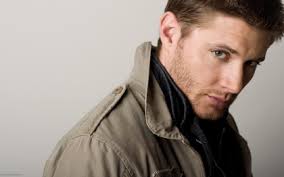 Like most guys, I look back at my early twenties and realize that the things I took for granted no longer apply. I used to be able to work all day, party all night and still keep trim and look good. But, as the dreaded 30 approached, I discovered without even noticing that I was wearing jeans one size bigger. I found getting up in the morning after a late night,a bit harder. I decided it was time to get in shape and start looking after my body; after all the middle age spread really isn’t a joke!

We Are What We Eat 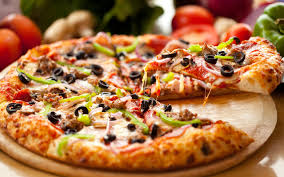 The first thing I did was look at my diet and the foods I was eating.  like many guys my age, working long hours all day. They would often grab a bite in a restaurant or take away on their way home. Partly out of pure laziness regarding cooking, and partly due to the desire to maximize leisure time,hence not having time to cook.

I live in what my female friends would describe as a typical bachelor pad, with all the mod cons. I have a kitchen that has all the latest gadgets, which have never been used. A fridge full of beer and energy drinks but not much else. I wanted to do this right so I did some research into the best foods to eat and discovered that the older I got the slower my metabolism would become. So I needed to reduce the amount of cabs and fats I was eating, and actually started to venture into my own kitchen. It’s definitely a work in progress, but I am currently cooking for myself. At least 4 times a week and I am noticing the change already.

With A Little Help

So, that was my diet taken care of, but after a chat with a friend he recommend taking some dietary supplements, Maximum Shred and Deer Antler, to boost my energy levels, burn fat faster and help to develop my muscles. After reading many maximum shred supplement reviews, I have been taking them for about 3 months and have really noticed the difference. I have more energy, better muscle definition and even an improved sex drive!

As I’ve mentioned, gone are the days when I can take my body for granted and expect the fat and excesses to just fall off. I have to work for it now. I didn’t want to just become another Gym Monkey, paying a ridiculous amount for a trendy gym then never go. So I found a group in my local park that did military training workouts 3 times a week. It is a great way to get in shape and there is a close social network linked to this group, so I have the best of both worlds – fitness and a new bunch of mates!

The final thing I did to sort my life out was to look at my sleep patterns. I really couldn’t survive on 3-4 hours’ sleep a night, 5-6 days a week. I’m not a vain guy, but the bags under my eyes and the condition of my skin, just were not doing it for me (or anyone else for that matter). I was looking old before my time. So the constant partying until 2-3 in the morning, then getting up for work at 6, had to stop. I still party hard, but I limit it now to a couple of nights a week. Having my workout group to go to helps this. Instead of ‘just 1 beer’ after work that always turned into 7 or 8. I have a valid reason to say I can’t and take myself off home.

So, if you guys want to sort it out and are noticing, as I did, that your body just can’t keep up like it used to. Its really pretty simple, go back to basics, my secret to success:

If you get yourself into a pattern and sort this out you will find, like me, you have far greater energy to ultimately enjoy the good things in life and really make the most of the fun times.