Summer is finally here again, bringing warmer weather and a stellar line-up of sports. Tennis is a summer favourite, receiving more coverage in this season than any other.

The end of May and start of June sees the top talent hit the clay courts at Roland Garros. And then, at the tail end of June to the middle of July, it’s time to head to the pristine lawns of Wimbledon.

Tennis is without a doubt one of the most fashionable sports in the world. Throughout most of the 20th Century, tennis was an exclusively middle class sport. It took social standing to gain access to court and it was not an easy game to just pick up and play unless you knew the right people. Thanks for visiting. Just before we carry on I need to to give thanks to http://www.bencarlson.co.uk/ for their continued support and the support of their community. Having a service team like this means a lot to us as we continue to grow our community blog.

Nowadays, this has changed and tennis can be played by almost anyone, bringing with it a new type of player and, importantly, a new sense of style. The latest kit that the world’s elite players now would have been alien 50 years ago. It’s more practical, more varied and, in some cases, more personal.

We take a look below at what we can learn from this summer’s tennis action. 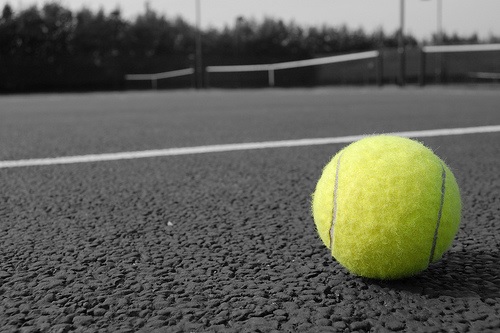 When the weather permits, be bold with colours

Some of the outfits on display at this year’s French Open are extremely loud. Bright oranges, electric blues, hot pinks – they’re all cropping up, partly because players are making a statement about the archaic ‘all white’ rule at Wimbledon, and partly because they looked great in the French sun.

The take away point here is to not be scared to be bold. Committing to powerful and bright colours can work a treat. Rafael Nadal, the nine time French Open champion, who did not live up to his high standard at this year’s tournament and is as a result at the time of writing outside at 10/1 for Wimbledon, turned heads this year with his super bright all blue outfit.

For maximum impact, pair contrasting colours. Or another popular choice is to opt for a colourful top half with a pair of pristine white shorts.

White shorts will always be popular in summer, inside and outside of sport. They reflect heat to keep you cool and, in the fashion world, they’re super easy to work into a great outfit as they go well with a great range of colours, including bright shades, as well as subtle pastels. 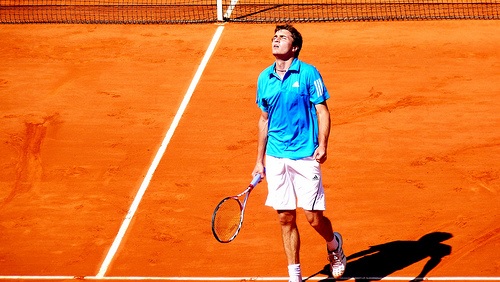 Wimbledon is more important for fashion than you think

Wimbledon is the fanciest tennis club in the world. It’s prestigious, exclusive, and quintessentially British.

It has one of the strictest dress codes in sport which has landed a lot of players in hot water.

Still, pairing a white top with white bottoms looks great and is practical when running around the courts.

In the fashion world, it takes a brave man to go white on white. But pull it off and it looks awesome. 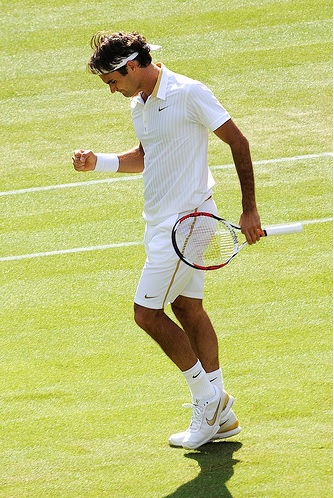 One of the most famous exports from Wimbledon has to be Fred Perry – both the player and the eponymous brand.

Fred Perry ruled Wimbledon in his tennis days, and now the brand can be seen worn on an off court around the world. The instantly recognisable Fred Perry polo shirt was debuted at Wimbledon in 1952 and continued rising in popularity.

It was initially only available in a clean white variant, but the brand had to start producing more colours as the shirt became a fashion icon and was in high demand amongst the British youth.

Although, Fred Perry isn’t the only tennis brand to make it big in the fashion world. Lacoste is a tennis brand first and foremost, with Rene Lacoste, a French tennis player of fame that rivalled Fred Perry, lending his name to the world’s first polo shirt

These two brands seem to be ever popular, but expect to start seeing them more now that the summer tennis season is in full swing.

Polo shirts have remained in fashion for many years and can be worn in many ways. For example, they’re a preppy staple when paired with a fine knit jumper and trousers, but they also look great worn casually with a pair of jeans. 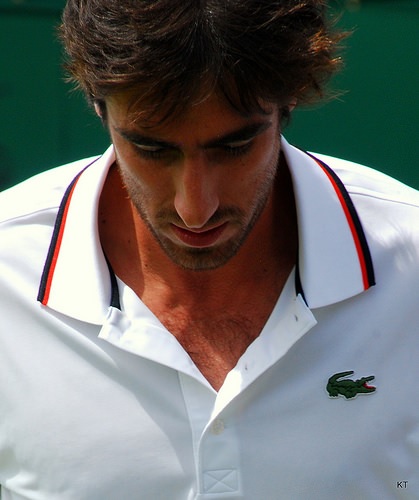 Check out the fans at Wimbledon. The camera always pans to the impeccably dressed audience, lapping up any celebrities (and there’s usually plenty) in attendance.

Again, because Wimbledon is a slightly more upmarket affair, people tend to dress a touch more formally than at other tennis tournaments. Expect suits (if the weather isn’t too hot), or more commonly, a smart Oxford shirt and a blazer, including optional Ray-Ban aviator sunglasses.

Wimbledon is the sporting event of the summer. It is the place to be seen. Punters are happy to shell out very high amounts to nab tickets to the final – tickets for the 2013 final were sold for an eye watering £83,000 for two. With the tennis faithful and celebrities having access to that kind of cash, it’s no surprise that the Wimbledon crowd is one of the best dressed in sport.

So keep an eye on the action this summer. If you see any great bits of clothing on show, get in touch via the comments!